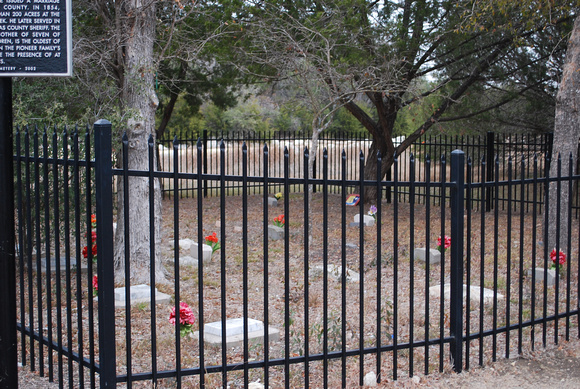 Historical Marker: John (Jack) Champion (1817-1908) was a native of York County, South Carolina. He moved to Texas by 1850, the year he and Naomi Jane Standefer (1834-1862) were issued a marriage license in Williamson County. In 1854, Champion bought more than 200 acres at the headwaters of Brushy Creek. He later served in the Civil War and, briefly, as County Sheriff. The grave of Naomi, the mother of seven of Champion's nineteen children, is the oldest of the four marked graves in the pioneer family's cemetery. Surveys indicate the presence of at least five unmarked graves.
Andrew Butler Photos
Powered by ZENFOLIO User Agreement
Cancel
Continue