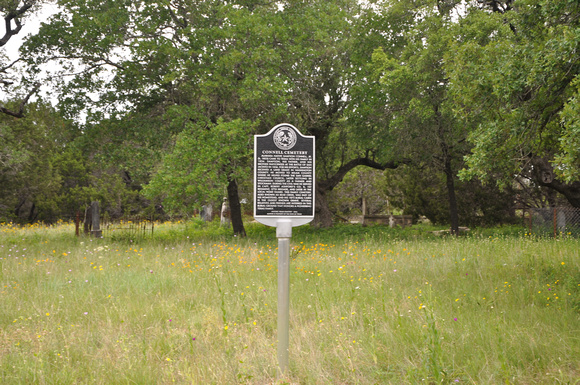 Historical Marker: Alabama native Sampson Connell, Jr. (b. 1822) came to Texas with his family in 1834. Sampson, his father, and his brother participated at the Battle of San Jacinto in 1836. For his efforts, Sampson received a land grant in Washington County. He moved to Milam County where he helped found the San Gabriel Christian Church, later settling in Williamson County as a farmer and stockman. During the Civil War he served in Capt. Robert Ashford's Co. B, 1st Regiment, 27th Brigade, and later in the local Home Guard. This family cemetery, also known as Bear Creek, was part of his homestead, and his 1873 burial cairn is the oldest known grave. Several relatives and friends are interred in this burial ground that honors a pioneering Texas family.
Andrew Butler Photos
Powered by ZENFOLIO User Agreement
Cancel
Continue