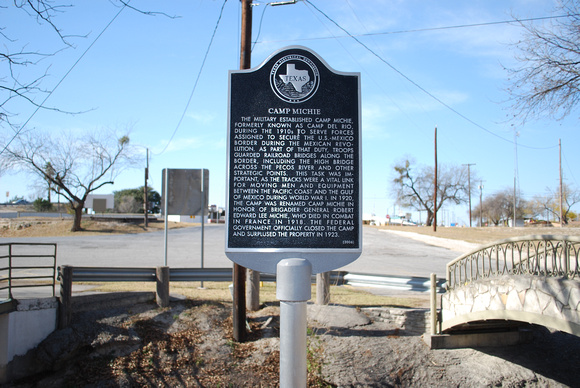 Text: The military established Camp Michie, formerly known as Camp Del Rio, during the 1910s to serve forces assigned to secure the U.S.-Mexico border during the Mexican Revolution. As part of that duty, troops guarded railroad bridges along the border, including the High Bridge across the Pecos River and other strategic points. This task was important, as the tracks were a vital link for moving men and equipment between the Pacific Coast and the Gulf of Mexico during World War I. In 1920, the camp was renamed Camp Michie in honor of Brigadier General Robert Edward Lee Michie, who died in combat in France in 1918. The federal government officially closed the camp and surplused the property in 1923.
Andrew Butler Photos
Powered by ZENFOLIO User Agreement
Cancel
Continue