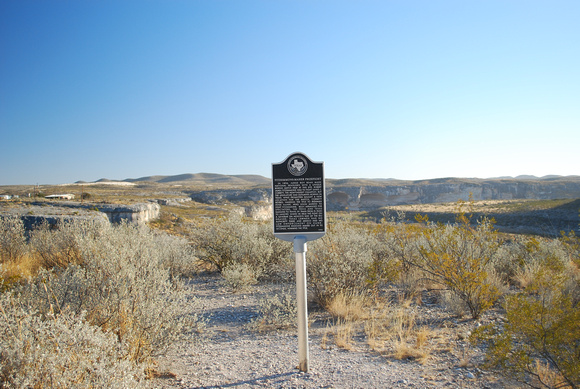 Text: In 1896, Judge Roy Bean made national headlines with a unique boxing match held at this site. Robert James Fitzsimmons was to fight James J. Corbett, the heavyweight champion, but the Legislature had outlawed boxing in Texas. While promoters sought a new location for the match, Corbett retired, handing the title to Irishman Peter Maher, who soon agreed to fight Fitzsimmons. Bean arranged for spectators, the press and Texas Rangers to travel by train from El Paso to Langtry, where he held the fight on a sandbar on Mexico's side of the Rio Grande; Texas lawmen had no authority there and Mexico had no law enforcement on hand. Fitzsimmons knocked Maher out in 95 seconds, winning the title.
Andrew Butler Photos
Powered by ZENFOLIO User Agreement
Cancel
Continue