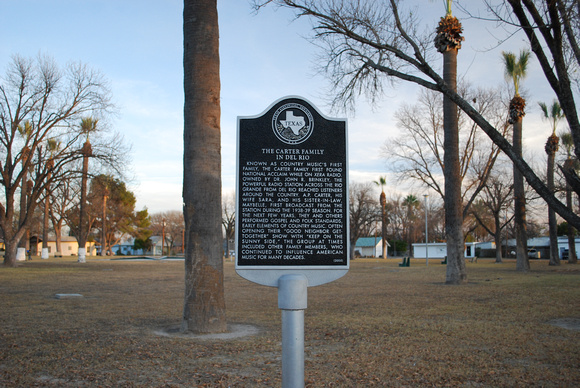 Text: Known as country music's First Family, the Carter family first found national acclaim while on XERA radio. Owned by Dr. John R. Brinkley, the powerful radio station across the Rio Grande from Del Rio reached listeners around the country. A.P. Carter, his wife Sara, and his sister-in-law, Maybelle, first broadcast from the station during the 1938-39 season. For the next few years, they and others performed gospel and folk standards, early elements of country music. Often opening their "Good Neighbor Get-Together" show with "Keep on the Sunny Side," the group at times included other family members, who continued to influence American music for many decades.
Andrew Butler Photos
Powered by ZENFOLIO User Agreement
Cancel
Continue