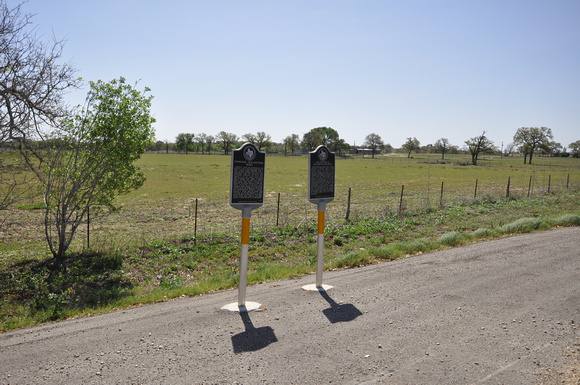 Text: Native American raids were a major concern of Dewitt’s Colony, which settled in this area after its 1825 establishment. To protect the colonists, Green Dewitt built a fort in Gonzales and requested troops and a cannon from Mexican authorities. in I835, a party of thirteen French and Mexican traders, en route from Natchitoches, Louisiana to Mexico, camped at Sandies Water Hole (1 mi. e). A large group of what is believed to be Comanche attacked the party. the engagement lasted several hours, resulting in the death of all thirteen men. The colonists did not receive further protection from the Mexican government, and attacks continued at Sandies Water Hole into Texas statehood.
Andrew Butler Photos
Powered by ZENFOLIO User Agreement
Cancel
Continue