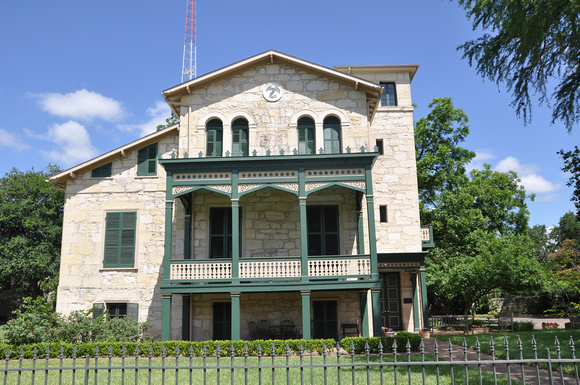 Text: After migrating to Texas from his native Germany in 1848, Anton Wulff (1822-1884) became a prosperous San Antonio merchant. He served as a City Alderman and as the first City Park Commissioner. He built this Italianate style home in 1869-1870 for his wife Maria (1834-1908) and their 11 children. The residence was sold in 1902 to Arthur Guenther, owner of the Liberty Flour Mill, whose family occupied it until 1950. It was restored (1974) by the San Antonio Conservation Society.
Andrew Butler Photos
Powered by ZENFOLIO User Agreement
Cancel
Continue