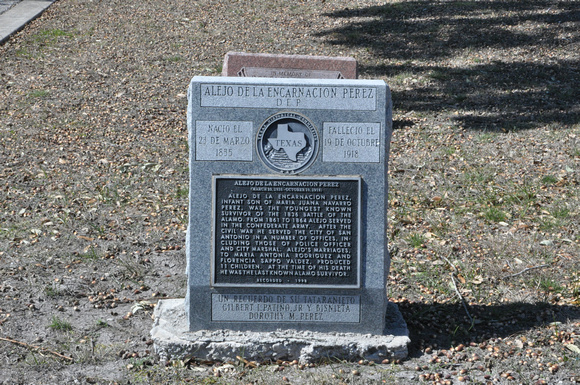 Text: (March 23, 1835 - October 10, 1918) Infant son of Maria Juana Navarro Perez, was the youngest known survivor of the 1836 Battle of the Alamo. From 1861 to 1864 Alejo served in the Confederate Army. After the Civil War he served the city of San Antonio in a number of offices, including those of police officer and city marshall. Alejo's marriages, to Maria Antonia Rodriguez and Florencia Sappo Valdez, produced 11 children. At the time of his death he was the last known Alamo survivor.
Andrew Butler Photos
Powered by ZENFOLIO User Agreement
Cancel
Continue