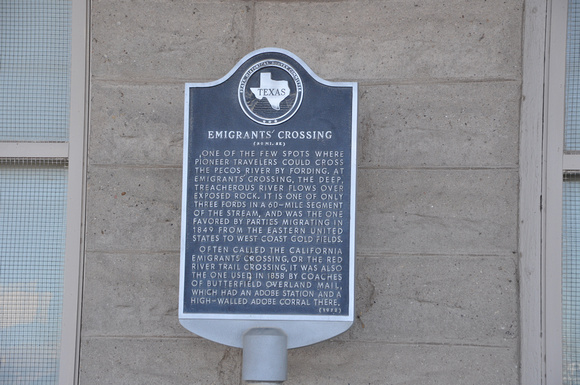 Text: One of the few spots where pioneer travelers could cross the Pecos River by fording. At Emigrants' Crossing, the deep, treacherous river flows over exposed rock. It is one of only three fords in a 60-mile segment of the stream, and was the one favored by parties migrating in 1849 from the eastern United States to west coast gold fields. Often called the California Emigrants' Crossing, or the Red River Trail crossing, it was also the one used in 1858 by coaches of Butterfield Overland Mail, which had an adobe station and a high-walled adobe corral there.
Andrew Butler Photos
Powered by ZENFOLIO User Agreement
Cancel
Continue