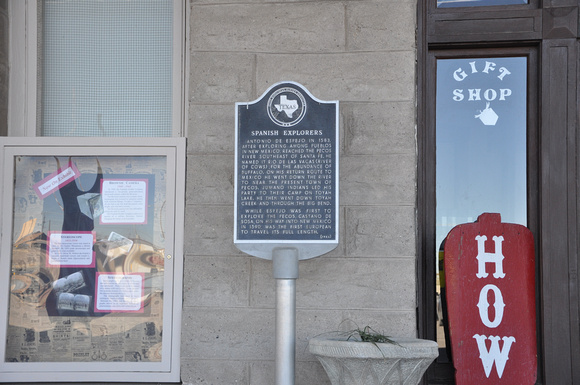 Text: Antonio De Espejo in 1583, after exploring among pueblos in New Mexico, reached the Pecos River southeast of Santa Fe. He Named it Rio de Las Vacas (river of cows), for the abundance of buffalo. On his return route to Mexico he went down the river to near the present town of Pecos. Jumano Indians led his party to their camp on Toyah Lake. He then went down Toyah Creek and through the Big Bend. While Espejo was first to explore the Pecos, Castano de Sosa, on his way into New Mexico in 1590, was the first European to travel its full length.
Andrew Butler Photos
Powered by ZENFOLIO User Agreement
Cancel
Continue