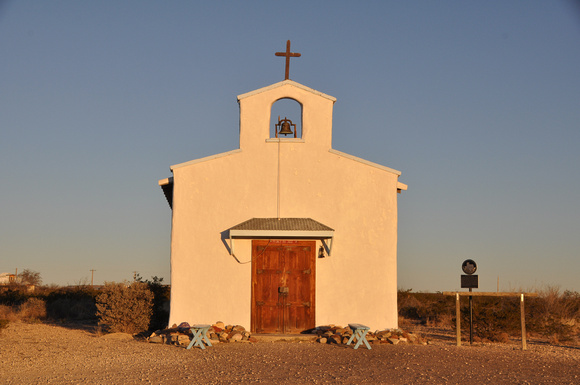 Text: From 1895 to 1935, Father Nicholas Brocardus Eiken served several mission stations in this region, including Mission Mary, established by 1902 in the Calera community. The original adobe and rubble sanctuary was built in 1925 and featured pillars, which were removed when the building was plastered in the 1940s. The rectangular plan church features a bell tower and a low pitch roof with exposed rafter tails. today, most of the area's small missions have disappeared, as has Calera. Mission Mary stands as a monument to area settlements and to the churches and the residents they served.