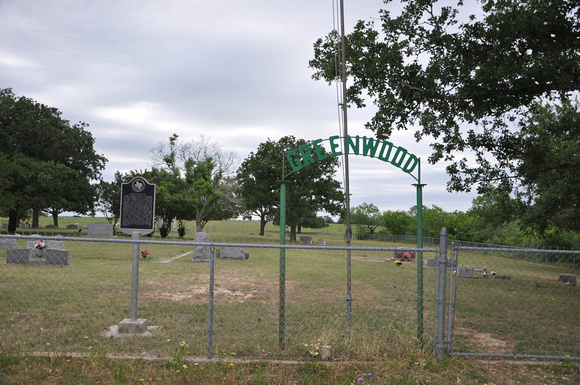 Historical Marker: James Jackson Hodges (1828-1902) born in Tennessee, was a grandson of James Hodges, Sr., a delegate to the 1835 convention at San Felipe de Austin. James Jackson Hodges married Martha Pritchett in 1849. They settled in this area and built the local schoolhouse, which also served as a Cumberland Presbyterian Church. The oldest burial on this site is that of Martha's uncle, John Pritchett, a veteran of the War of 1812 who was interred here in September 1856. Other family members were buried here before Hodges deeded 1.46 acres of land for a community cemetery in 1896. Nine of James Jackson and Martha Pritchett Hodges' twelve children were interred here. A cemetery association, formed in 1969, continues to care for the cemetery, which remains a chronicle of area pioneers.
Andrew Butler Photos
Powered by ZENFOLIO User Agreement
Cancel
Continue