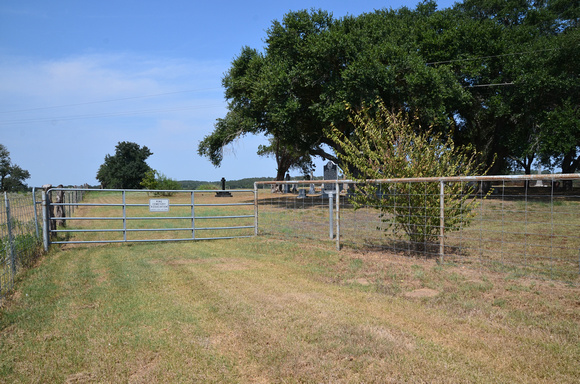 Historical Marker: Text: Located on a hill overlooking king flats on the Guadalupe river, this cemetery has served the area since the 1830s. John Gladden King, a member of the council of government of the Dewitt Colony, and his wife, Parmelia, settled on this land in 1830. The earliest marked grave is that of William G. Hall, the firstborn of Robert and Mary King Hall, who was just two days old when he passed in 1838. Seven generations of the King family are buried here. Veterans from the Texas Revolution, War of 1812, Civil War, World War II and Korean War have been laid to rest in this cemetery along with several Texas Rangers. The King Cemetery is a significant chronicle of the frontier settlement of Gonzales County.
Andrew Butler Photos
Powered by ZENFOLIO User Agreement
Cancel
Continue