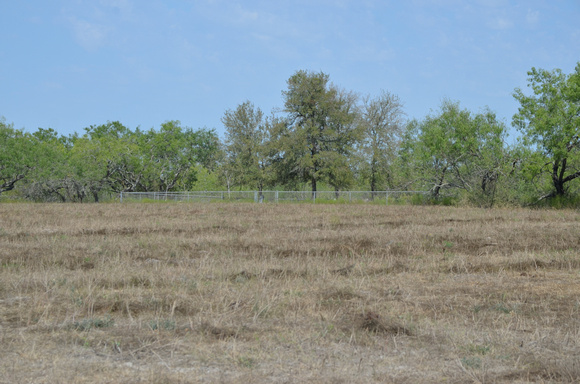 Gonzales
Gonzales County, Texas
29 21.310' N 97 23.839' W
Directions: Start at the intersection of CR-292 and CR-289. Go .4 miles east on CR-289. The cemetery is on the left (north) side of the road.
Historical Marker: The Gates family came to Texas as part of Stephen F. Austin’s original colony. This cemetery, the family’s second in Texas, was established on land given to Samuel H. Gates for service in Texas’ war for independence. He and his wife, Eliza Dillard, raised their four children in the Gates-Well Community, which was served by this cemetery and by a schoolhouse in use until the turn of the 20th century. The first burial here was that of the Gates’ son Samuel A., a Confederate veteran imprisoned at Vicksburg who died shortly after his return home in 1863. Other burials include his father, Samuel H., and his brother, Joseph Dillard Gates, a second sergeant in Company I, First Texas Regiment, one of Texas’ first Confederate units. Joseph later served as Inspector of Cattle and as Gonzales county commissioner. his granddaughter Jaime K. Ferguson, also buried here, worked for the U.S. Department of the Interior as a teacher on Indian reservations. She helped form a cemetery association to maintain these grounds, the resting place for generations of Gates family members. The cemetery’s features demonstrate decades of burial practices and reflect the area’s early history.
Andrew Butler Photos
Powered by ZENFOLIO User Agreement
Cancel
Continue