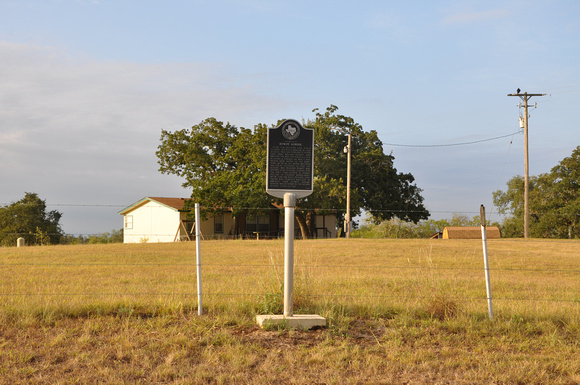 After the Wolters and Nixon School Districts merged in 1916, school trustees acquired two acres here from William Dowdy and erected the Wolters-Nixon School building. A gymnasium and classrooms were added in the early 1930s after an oil boom boosted the local economy. In 1932 the school was renamed Dowdy and offered high school classes for the first time. Despite a steady decline in student enrollment after 1938, the high school continued and students excelled in various team sports. Dowdy School was annexed to the Seguin School System in 1951.
Andrew Butler Photos
Powered by ZENFOLIO User Agreement
Cancel
Continue