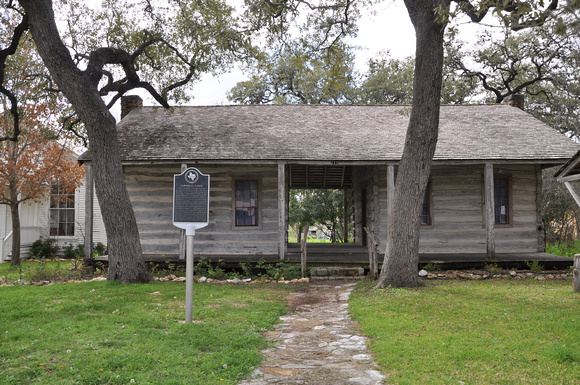 Text: John Campbell of Ireland, who migrated to Seguin before 1847, possibly built the first room of this log cabin about 1850. In 1851 he returned to his native country and persuaded several family members, including his brother Peter Campbell, to settle here also. A farmer and rancher, Peter lived in the cabin and later enlarged it to accommodate his growing family. The cabin was originally located southwest of Seguin and was the home of Campbell descendants until 1957. Moved to this site in 1979, it now serves as a reminder of the area's pioneer settlers.
Andrew Butler Photos
Powered by ZENFOLIO User Agreement
Cancel
Continue