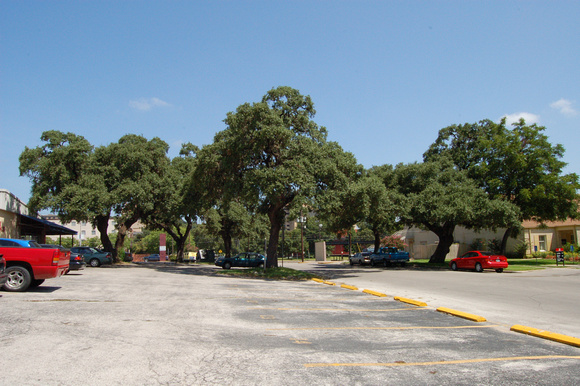 These are the remnants of a much larger live oak grove. Early settlers built a log cabin underneath these oaks which served as a major community center for the San Marcos area for over 25 years. When Hays County was created in 1848 the cabin served as the first court house and the first district court was held here in 1850. Many local organizations were formed in this cabin such as churches and a Masonic lodge. During the Civil War the cabin was used as a headquarters for Captain James G. Storey's Company A. In 1874 a fire destroyed the cabin and several of the trees. Other trees were removed later when the street was widened.