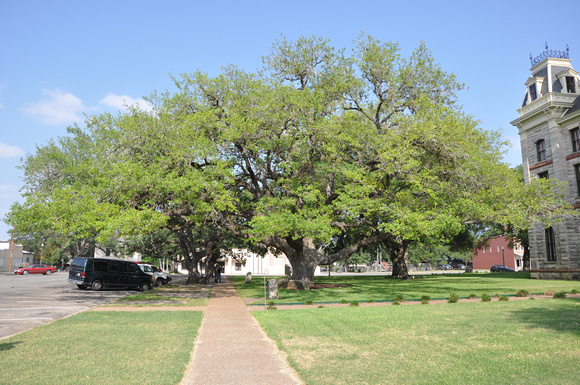 Site for court sessions at various times from 1846 to 1870. Capital sentences called for by the courts were carried out immediately, by means of a rope and a convenient limb. Hangings not called for by regular courts occurred here during the 1857 "cart war"--a series of attacks made by Texas freighters against Mexican drivers along the Indianola - Goliad - San Antonio Road. About 70 men were killed, some of them on this tree, before the war was halted by Texas Rangers.
Andrew Butler Photos
Powered by ZENFOLIO User Agreement
Cancel
Continue