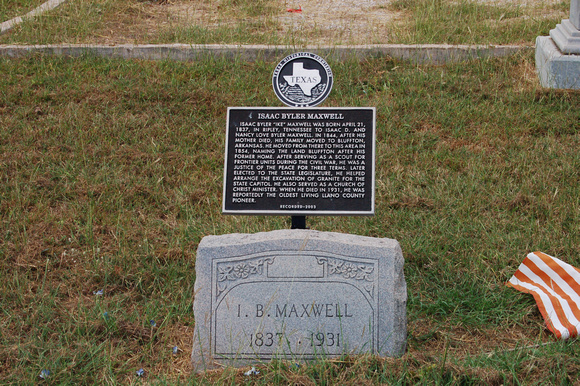 Text: Isaac Byler "Ike" Maxwell was born April 21, 1837, in Ripley, Tennessee to Isaac D. and Nancy Love Byler Maxwell. In 1844, after his mother died, his family moved to Bluffton, Arkansas. He moved from there to this area in 1854, naming the land Bluffton after his former home. After serving as a scout for frontier units during the Civil War, he was a justice of the peace for three terms. Later elected to the state legislature, he helped arrange the excavation of granite for the state Capitol. He also served as a Church of Christ minister. When he died in 1931, he was reportedly the oldest living Llano County pioneer.
Andrew Butler Photos
Powered by ZENFOLIO User Agreement
Cancel
Continue