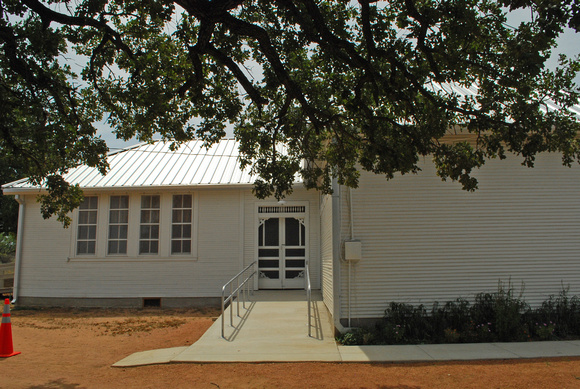 Text: Education for students in Castell may have begun as early as 1852, according to local oral tradition. Earliest written records indicate that the Llano County commissioners court designated the Castell School as District No. 6 in 1884, and land was deeded for the school's use six years later. Members of the community built a two-room schoolhouse, which was expanded to three classrooms in 1929. Castell School housed ten grades, so students wishing to complete their high school education did so in Llano, Fredericksburg or Mason. Due to declining enrollment, the school closed in 1948 and was consolidated with the Llano School District, but the school building remained in use as a community center.
Andrew Butler Photos
Powered by ZENFOLIO User Agreement
Cancel
Continue