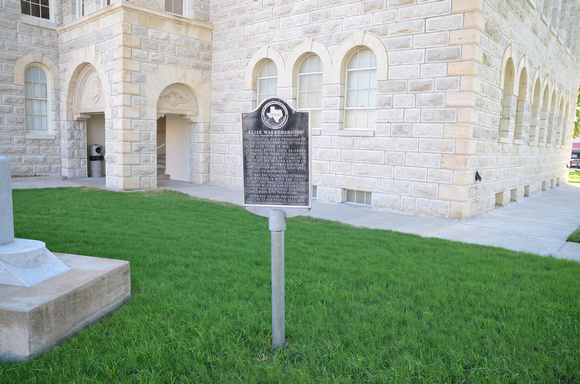 Hamilton
Hamilton County, Texas
31 42.235' N 98 07.421' W
Directions: Start at the intersection of SH-281 (Rice Avenue) and Main Street. The marker is located on the northeast corner of the intersection.

Text: Influential early promoter of Norwegian emigration to Texas; born Elise Tvede in 1815. In 1846, after John Reiersen migrated to Texas to found the first Norwegian settlement in the state, she became editor of his periodical "Norway and Texas." Through her articles, many were inspired to move here. In 1847 she, too, moved to Texas, and resided in both Van Zandt County and Hamilton County. She married Wilhelm Waerenskjold. Often they welcomed grateful newcomers into their home. Here she helped preserve the history of her people. Died 1895.
Andrew Butler Photos
Powered by ZENFOLIO User Agreement
Cancel
Continue