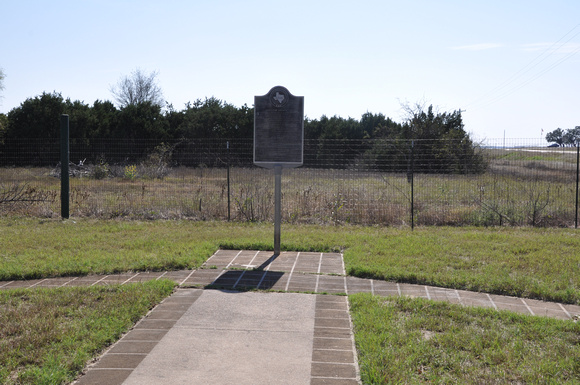 Text: Created and organized in 1858. By 1860 had 489 people in 78 families from 15 states. Vote in 1861 was 86-1 in favor of secession. 60 farmers were organized as Hamilton County Minutemen, a unit of part-time soldiers. Others joined Confederate regiments and fought at Vicksburg, Shiloh and other memorable battles. During the Civil War, travel was on horseback and hauling by ox wagon. Homes were of logs split from timber along creeks and rivers. About half an acre a day was farmed, with homemade wooden tools. Corn and wheat were raised. On burned-over ground each family grew its own tobacco, hanging the leaves inside the living room to dry. Diet was mostly beef, cornbread and coffee substitutes. Homes were lighted by wicks stuck into tallow-filled eggshells. With few men on hand to brand and herd, feuds rose over thefts and straying cattle. In differences over war issues, 2 men fled to Mexico to join Federals. Later they returned, trying to recruit neighbors into a unit disloyal to Texas, to welcome planned Federal invasion. Further trouble came from many Confederate deserters who took refuge along the streams and lived by theft and violence.
Andrew Butler Photos
Powered by ZENFOLIO User Agreement
Cancel
Continue