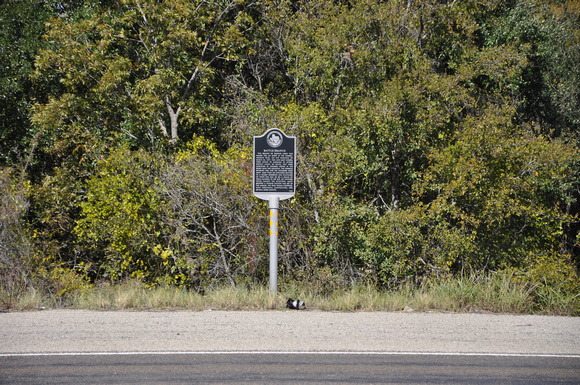 Text: This branch of Sulphur Creek was named for an event in the Horrell-Higgins Feud. On the morning of March 26, 1877, Tom and Mart Horrell were going to Lampasas to attend district court. En route, they were ambushed by gunmen hiding in the brush near this location. The Horrells returned fire and the attackers rode away. Mart took his wounded brother to a nearby residence and continued to town for help. He led a squad of Texas Rangers to the site, but officers never caught the attackers. Many believed a Higgins faction had set up the ambush. The feud would continue, with additional gunfighting, for several more months.
Andrew Butler Photos
Powered by ZENFOLIO User Agreement
Cancel
Continue