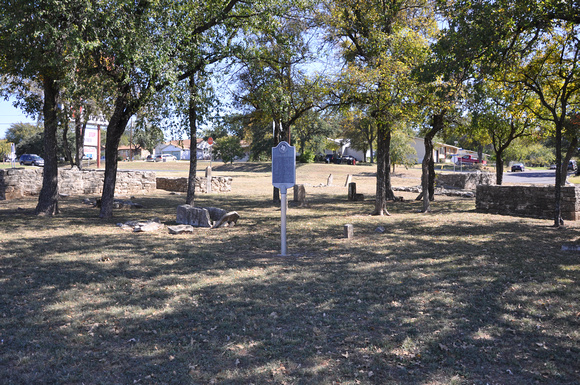 Text: This cemetery, Lampasas' oldest, was established as a pioneer community graveyard in the mid-1850s. The first marked burial here was that of Rebecca Hughes in 1854. The cemetery is named after Arkansas natives William M. and Cynthia Cook who moved to Texas about 1856 and bought the land containing this graveyard in 1861. No recorded burials occurred here after that of J. S. Brown (d. 1873), due, it is believed, to major flooding here in 1873. The cemetery has been altered by highway and business development. It was deeded to the Lampasas County Historical Commission in 1978.
Andrew Butler Photos
Powered by ZENFOLIO User Agreement
Cancel
Continue