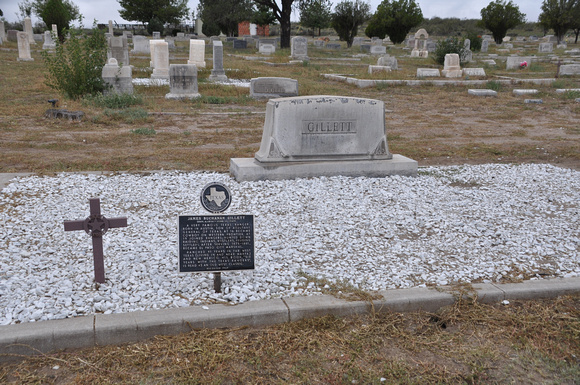 Marfa
Presidio County, Texas
30 18.503' N 104 02.342' W
Directions: Start at the intersection of Tenison Street and Sacramento Street. The Marfa Cemetery is on the west side of the intersection. The marker is in the cemetery.