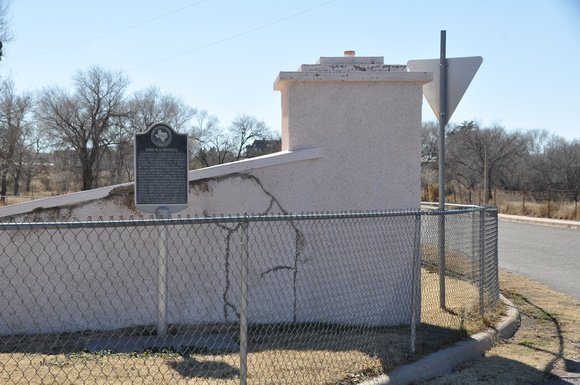 Marfa
Presidio County, Texas
30 18.249' N 104 01.449' W
Directions: Start at the intersection of Madrid Street and Hill Street. The marker is on the southeast corner of the intersection.

Text: Originally named Camp Marfa, this installation began as a supply post for U. S. Army border patrol stations in 1911. It was a cavalry camp during the years of the Mexican Revolution. Renamed for Civil War general David Allen Russell, it became a permanent Army post in 1929. Deactivated at the end of 1933, it was reopened in 1935 with artillery units. During World War II Fort Russell became an army training camp, and was home to a chemical warfare battalion as well as German prisoners of war. The fort was officially closed in October 1946.