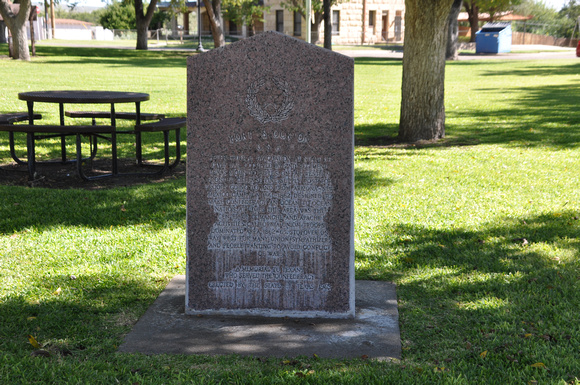 Ft. Stockton
Pecos County, Texas 30 52.940' N 102 52.820' W Directions: Start at the intersection of James Street and Nelson Street. The marker is on the southeast corner of the intersection.