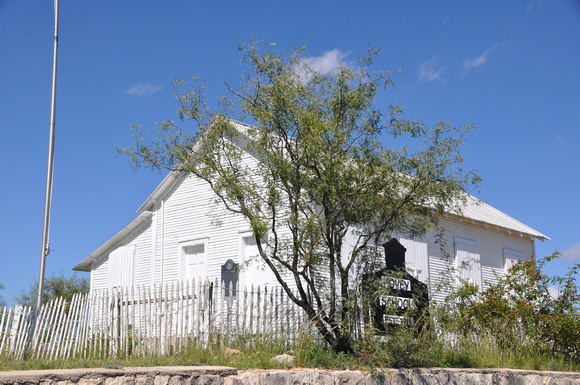 Text: About 1910 a railroad stop named Hovey was established about 40 miles west of here on the Kansas City, Mexico, and Orient Railroad. By 1913 Hovey contained a depot, post office/general store, and several stock shipping. Hovey school was established in 1913. The first school building burned and in 1916 this schoolhouse was erected in Hovey. It served as a one-teacher seven-grade school for Anglo and Hispanic students of the rural ranch community of Hovey. After the school closed in 1938 the building served as a community center. It was moved here in 1987.
Andrew Butler Photos
Powered by ZENFOLIO User Agreement
Cancel
Continue