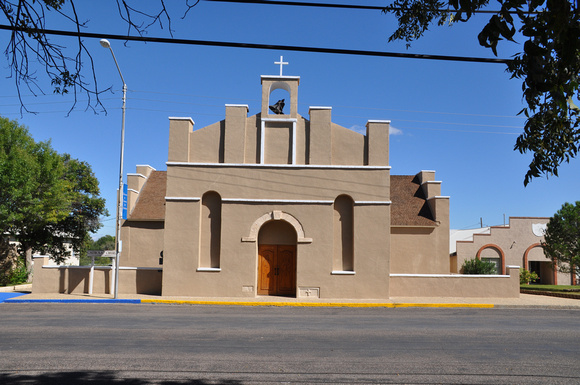 Text: Efforts of establish a Catholic church in the area began shortly after the Civil War when Fort Stockton was reoccupied by United States troops. The first services were conducted in 1872 by Father Claude Jaillet and Father Adolfo Guichon. Construction of the present church building began three years later. Located on land donated by Peter Gallagher, it was built of adobe on a stone foundation. The structure was remodeled in the 1960s.
Andrew Butler Photos
Powered by ZENFOLIO User Agreement
Cancel
Continue