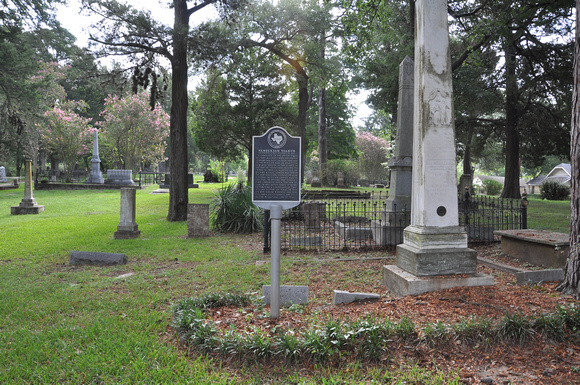 Huntsville
Walker County, Texas
30 43.595' N 95 32.800' W
Directions: Start at the intersection of 9th Street and Avenue I. The marker is on the northeast corner of the intersection in the Oakwood Cemetery.

Text: A graduate of the United States Military Academy (1832), Henderson Yoakum saw duty on frontiers and in the Mexican War. He practiced law and served in the Senate in his native Tennessee, moving to Texas in 1845. In Huntsville he became a civic leader and friend of Sam Houston. Joining fellow citizens in establishing Austin College, he became that school's first librarian and a teacher of law. In 1855, after years of work, he published a comprehensive, two-volume history of Texas. He and his wife Eveline (Cannon) had nine children. Descendants are still active in cultural life of Texas.
Andrew Butler Photos
Powered by ZENFOLIO User Agreement
Cancel
Continue