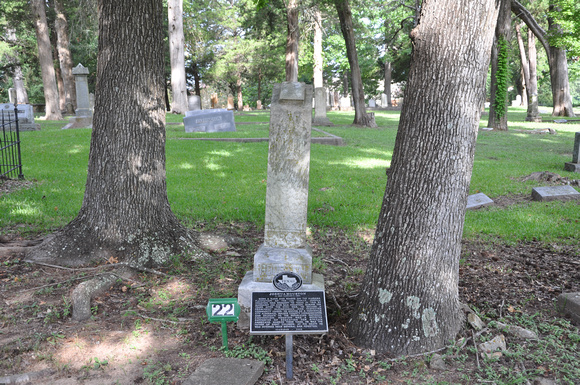 Text: (c. 1822-January 8, 1902) Born a slave and reared on the Alabama plantation of the Lea family, Joshua Houston was brought to Texas in 1840 by Margaret Lea and Sam Houston. During the years after the Civil War, he became a prominent businessman and respected community leader. He served as a Huntsville city alderman, Walker County commissioner and delegate to the Republican National Convention. Houston was a devoted supporter of education for African Americans. Married three times, he was the father of eight children. At his death he was interred near General Sam Houston.
Andrew Butler Photos
Powered by ZENFOLIO User Agreement
Cancel
Continue