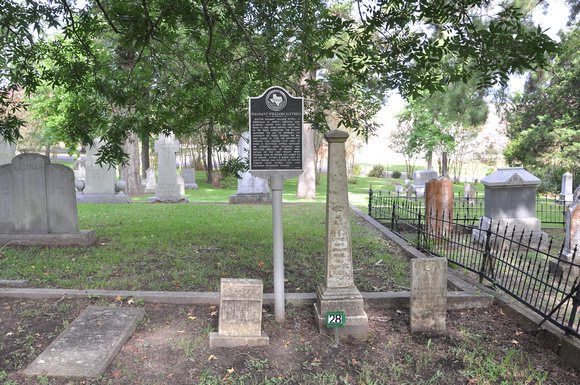 Text: (April 13, 1805 - September 29, 1867) Doctor Pleasant Williams Kittrell, a statesman in North Carolina and Alabama, moved with his family to Texas in 1850. While serving two terms in the Texas Legislature, the doctor authored the bill to establish the University of Texas. Though the bill was signed in 1858, the university's opening was delayed until 1883. At home in Huntsville, Kittrell managed his extensive land holdings and practiced medicine. He treated area victims of the 1867 yellow fever epidemic until he himself succumbed to the disease. Kittrell is buried near his good friends Sam Houston (in whose former home Kittrell died) and historian Henderson Yoakum.
Andrew Butler Photos
Powered by ZENFOLIO User Agreement
Cancel
Continue