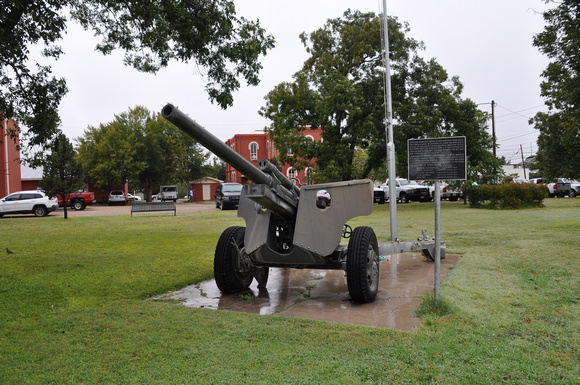 Text: This 105 howitzer served in Sept. 1943 with the 132nd Field Arty. Bn., U.S. Army, in support of 142nd Inf. 36th Div. in Battle of the Rapido River, Salerno, Italy - one of the bloodiest actions in World War II. In the fighting, this cannon was blown into the river by enemy fire, but was recovered. It became a monument to American heroes when Brewster County Commissioners Court, led by former State Representative Gene Hendryx, obtained it from Red River Arsenal of the Untited States Army. Members of the Court, all veterans of World War II