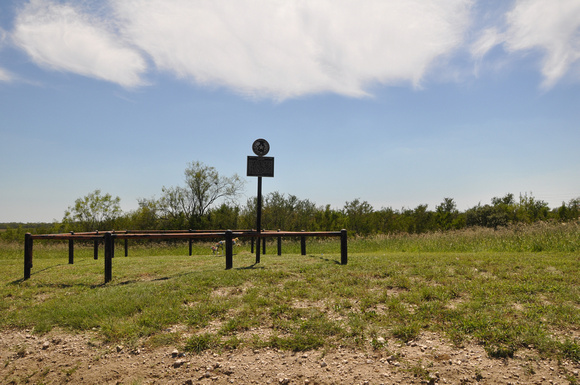 Historical Marker: During World War II, the U.S. established three internment camps in Texas for alien civilians in the U.S. and Latin America, and one was located in Kenedy. The U.S. repatriated German, Japanese and Italian detainees in trade for American prisoners held overseas. The Kenedy camp opened on April 21, 1942, and over the next 30 months it housed more than 3,500 internees. Five who died while confined in the camp are buried here. The site became a branch P.O.W. camp for Fort Sam Houston from 1944 until 1946. In 1976, the El Cibolo Chapter of the D.A.R. marked the gravesites.
Andrew Butler Photos
Powered by ZENFOLIO User Agreement
Cancel
Continue