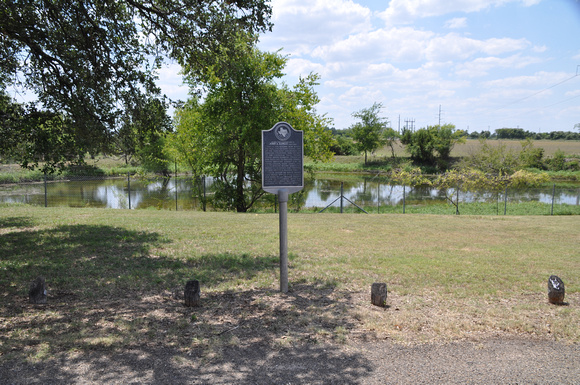 Boyhood Home of John A. Lomax

Text: Only a log kitchen now marks the homesite of John Lomax, one of the foremost collectors of American folksongs. Here, on part of the Chisholm Trail, young Lomax heard cowboys crooning and yodeling to restless herds; Negro servants taught him jig tunes, chants, work songs, and calls; and on winter nights his family sang songs and swapped stories around a blazing fire. Lomax began to write down this music while still a boy; and when he left Bosque County at age 20, he carried with him a roll of cowboy ballads -- the nucleus of his lifelong work.
Andrew Butler Photos
Powered by ZENFOLIO User Agreement
Cancel
Continue