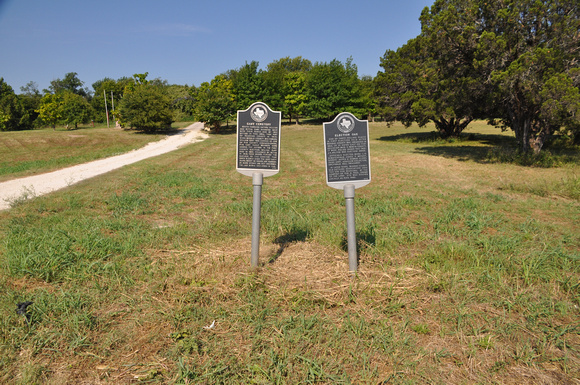 Text: South Carolina natives William and Rutha Gary migrated west with their family, and by 1852 settled in this area, then part of McLennan County. In 1854, when Bosque County was formed, William Gary was chosen as one of five county commissioners. Five Gary family members were among the voters in the first county election. William Gary died in 1855, followed by Rutha in 1868. Their graves formed the nucleus of this cemetery that grew slowly over the next sixty years. About 35 graves are marked; 25 more stones are not inscribed. The last burial occurred in 1932.
Andrew Butler Photos
Powered by ZENFOLIO User Agreement
Cancel
Continue