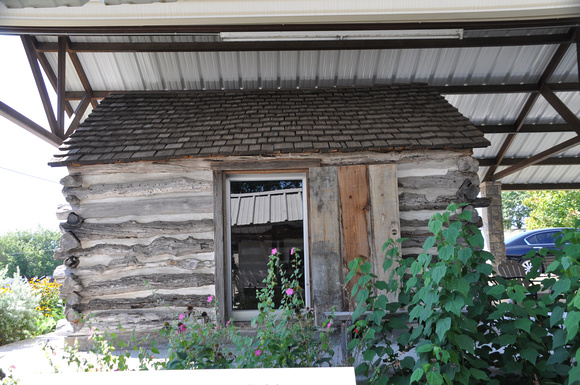 Text: After the Joseph Olson family immigrated to the United States from Norway in 1858, they lived first in the homes of Norwegian immigrants in the Norse community. In 1866, Olson (1811-1894) built a log cabin for his family on part of his original seven-acre farm. The cabin served as the family's primary residence until 1872, when a larger stone house was constructed. The log cabin remained on the Olson farm and in the possession of the Olson family until the 1970s. It was moved to this site and reconstructed in 1985 as a reminder of the Norwegian heritage in the area.
Andrew Butler Photos
Powered by ZENFOLIO User Agreement
Cancel
Continue