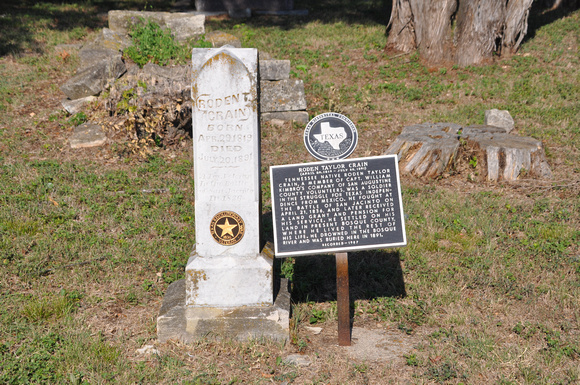 Text: (April 29, 1819-July 20, 1891) Tennessee native Roden Taylor Crain, a member of Capt. William Kimbro's Company of San Augustine County volunteers, was a soldier in the struggle for Texas Independence from Mexico. He fought at the Battle of San Jacinto on April 21, 1836, and later received a land grant and pension for his service. He settled on his land in present Bosque County, where he lived the rest of his life. He drowned in the Bosque River and was buried here in 1891.
Andrew Butler Photos
Powered by ZENFOLIO User Agreement
Cancel
Continue