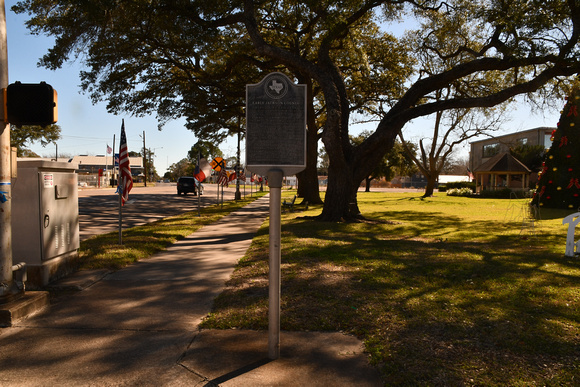 Text: Organized, 1837; named for 7th president of U. S., Andrew Jackson. Early hunting grounds of the cannibalistic Karankawa Indians, this region was crossed in 1528 by shipwrecked Spaniard Cabeza de Vaca. French explorer La Salle founded the first settlement,iIl-fated Fort St. Louis, in 1685. Its site is said by some authorities to be Dimmitt's Point (21 miles SW.). Most of what is now Jackson County lay in Stephen F. Austin's land grant. The first town, "Santa Anna," was founded by six members of Austin's "Old 300" colonists in 1832. The town, later named "Texana," was the predecessor of Edna.