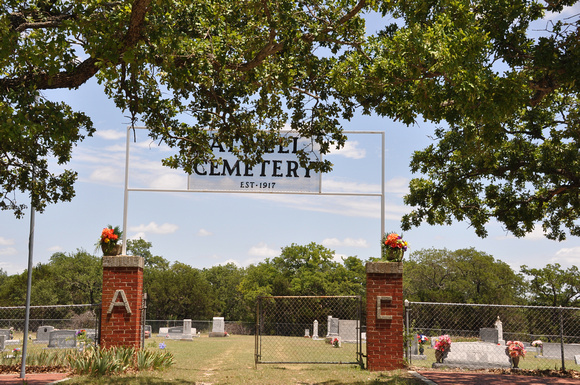 Text: Before Callahan County organized, settlers built homes in this area. Many more families came after the arrival of the Texas and Pacific Railroad in 1880. A town was officially named in 1898 to honor U.S. District Attorney William Hawley Atwell. For decades, residents used cemeteries at Cottonwood, Sabanno, Scranton and Zion Hill. Gideon and Frances Howell deeded land for a community burial ground to Atwell's Baptist, Christian and Methodist churches in 1917. Several military headstones are here, including two young men killed in France during World War I. The community had stores, a cotton gin, a school and churches at its peak, but declined after World War II. The Atwell Cemetery Association formed in 1970 to maintain the burial ground.
Andrew Butler Photos
Powered by ZENFOLIO User Agreement
Cancel
Continue