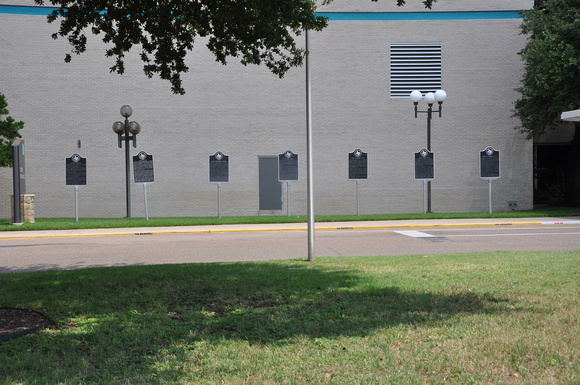 Text: (1865-1940) Born in Gainesville, Texas, Arthur C. Scott graduated from Bellevue Medical College in 1886 and won an internship at the Western Pennsylvania Hospital. Returning to Gainesville, he married Maud M. Sherwood in 1889 and began a private medical practice. In 1892 Dr. Scott was appointed Chief Surgeon of the Gulf, Colorado and Santa Fe Hospital in Temple. In 1895 he hired Dr. Raleigh R. White, Jr., and they formed a private partnership in 1897. In 1904 they founded the Temple Sanitarium which they directed jointly until Dr. White's death in 1917. Subsequently, Dr. Scott established a partnership with Dr. G.V. Brindley, Sr., and Dr. M.W. Sherwood and changed the name of the hospital to Scott and White Hospital in 1922. A specialist in surgery, Dr. Scott became an internationally respected authority in the diagnosis and treatment of cancer. Scott and White received accreditation from the American College of Surgeons as a cancer treatment center in 1933, the earliest in Texas. Dr. Scott was active in many medical and community organizations. The institution he co-founded became a multi-specialty health system renowned in the Southwest. He died in 1940.
Andrew Butler Photos
Powered by ZENFOLIO User Agreement
Cancel
Continue