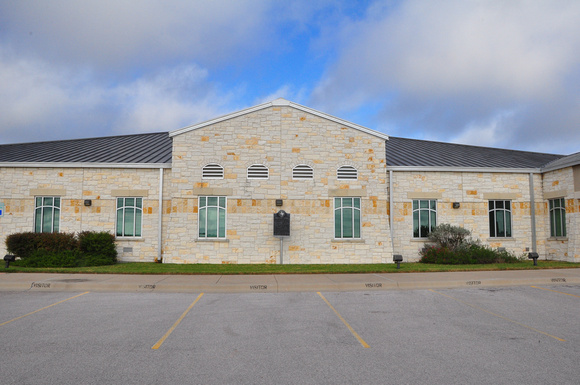 Text: Although the town of Bartlett had regular electric service by 1905, farmers in the surrounding rural area were not supplied with electricity until thirty years later. On May 11, 1935, President Franklin Delano Roosevelt signed an executive order establishing the Rural Electrification Administration (REA) as part of his New Deal emergency relief program. Designed to bring electricity to the rural areas of America, the REA also became a lending agency to help finance such projects. In 1935, the REA lent $33,000 to the Bartlett Community Light & Power Company. Later known as the Bartlett Electric Cooperative, the BCL&P built a 59-mile power line to serve the rural areas surrounding Bartlett. The first section of the line, which was to serve 110 farm homes, became operative in March 1936. Power was provided by the city's municipal light plant, which had been built two years earlier. As the first REA project in Texas and the first in the nation to be energized under an REA loan, the Bartlett Electric Cooperative played an important role in the modernization of area farms.
Andrew Butler Photos
Powered by ZENFOLIO User Agreement
Cancel
Continue