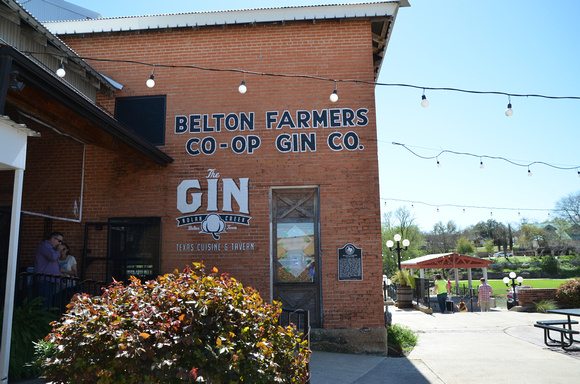 Text: The Belton Farmers Co-op Gin, built in 1927 along Nolan Creek, is a rare example of a surviving brick cotton gin in central Texas. It was built by an association of local cotton farmers to replace an earlier gin that had burned down on the site in the 1920s. During the late 19th and early 20th centuries, Belton was the center of cotton processing, commerce, and shipping for Bell county. while most cotton gins built in this region were frame structures with wood or sheet metal cladding, the Belton Farmers Co-op Gin is made of load-bearing common bond brick walls. the 2-story rectangular building has a sheet-metal hipped roof and a small cupola near the center. After World War II, the gin was closed.
Andrew Butler Photos
Powered by ZENFOLIO User Agreement
Cancel
Continue