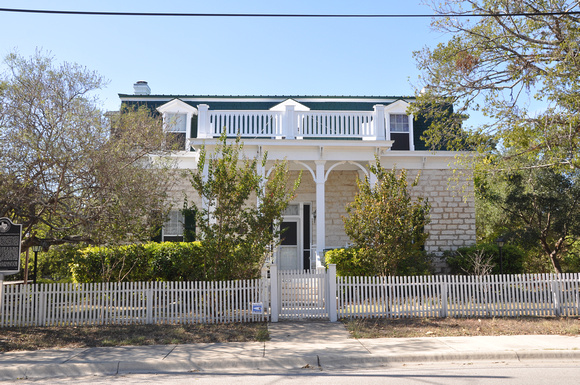 Text: In 1867, Martha White McWhirter experienced a religious vision during which she felt she had been sanctified by God. She began to share her experience with other Belton women, and soon formed a small community of women who, desiring to leave their unfulfilling lives as wives and mothers, joined McWhirter in her beliefs. The four major tenets of the group included a commitment to celibacy, non-denominationalism, dream interpretation and communal living. The group called themselves the true church colony, and were later incorporated as the Belton Woman's Commonwealth. Because group members severed ties with their non-sanctified husbands and churches, they were forced to produce income for themselves and their dependent children. Among other jobs, the women sold bread, took in laundry and practiced dentistry from their headquarters at the McWhirter home. In 1886, the women opened the Central Hotel, which was located on the West side of North Main Street, between First and Second Avenues. Although community members tried to keep travelers away from the hotel at first, the Central Hotel soon earned a strong reputation in the community and throughout the state for its fine food and accommodations, and the hotel served as an important source of income for the women. In 1894, Martha McWhirter was elected as the first female to serve on the Belton Board of Trade.
As instructed in a dream, the group sold their Central Texas properties and relocated to the Washington, D.C. area in 1900. The group's membership began to decline, and there were only nine remaining members by 1908. The last commonwealth member, Martha Scheble, died at the age of 101 in 1983.
Andrew Butler Photos
Powered by ZENFOLIO User Agreement
Cancel
Continue