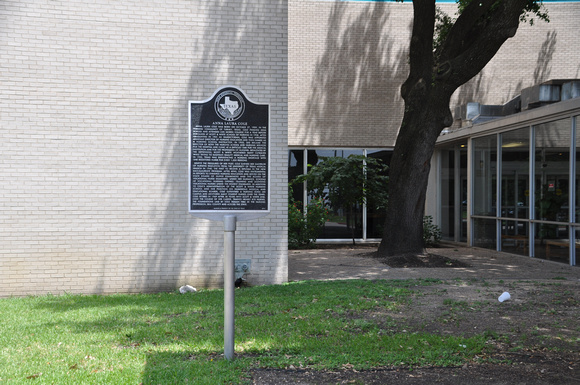 Text: Anna Laura Cole was born on October 27, 1909, in the farming community of Turney, Texas. Cole finished high school and attended Lon Morris College for a year before enrolling at Scott & White School of Nursing in 1928. After graduating in 1931 as valedictorian, Cole was appointed assistant director of nursing education and then named as a nursing school instructor. In 1933, she became the director of both the nursing school and nursing services for the hospital and clinic at a difficult time for the medical institution and for the profession of nursing. Devastated by the depression, Scott & White weathered many cutbacks while trying to maintain quality medical and nursing care. In 1933, Texas was experiencing a nursing shortage with one registered nurse for every 1,033 persons. Despite the pressures of her post, Cole earned her bachelor of nursing education from the University of Texas Medical Branch in 1940, the first to receive a diploma in the new baccalaureate program. After WWII, Cole was instrumental in efforts to enhance nursing education and served on the state board of nurse examiners and the board of vocational nurse examiners. Under her guidance, schools of vocational nursing opened, training and licensing vocational nurses under the highest standards. In addition to Cole’s administration of the Scott & White Nursing School and her position on numerous medical and educational boards, Cole supervised a nursing dorm on campus and mentored many student nurses over the years. Cole retired in 1969 after 38 years with Scott & White and, over the course of her career, trained nearly 870 nurses. The foundations laid by Cole remain firm in the nursing profession, Bell county and across the state.
Andrew Butler Photos
Powered by ZENFOLIO User Agreement
Cancel
Continue