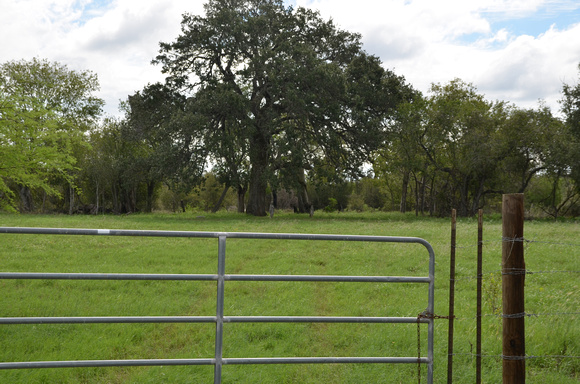 Historical Marker: Beall Cemetery, located in the Young Perry Alsbury Survey, began as a family burial ground on the farm of early settlers Erasmus (Erastus) and Elizabeth Brinkley Beall, parents of six sons and four daughters. The Beall family migrated to Texas from Warren County, Georgia by 1853 and purchased land from San Antonio realtor John James and additional acreage from San Antonio banker John Twohig. The eldest son, William Henry Beall, passed away in 1854 and the family buried him at this site. Elizabeth Beall (d. 1869) and her granddaughter, Susan Emeline (d. 1871) were the last family members buried here; the gravesite of Erasmus Beall remains unknown. No other interments occurred here until the late 20th century. In 1981, land containing the cemetery transferred to Countryside Memorial Park, which officially incorporated the next year. Beall Cemetery, though small, now serves as a testament to the lives of a pioneer family and others who settled and lived in this area of Wilson County.
Andrew Butler Photos
Powered by ZENFOLIO User Agreement
Cancel
Continue