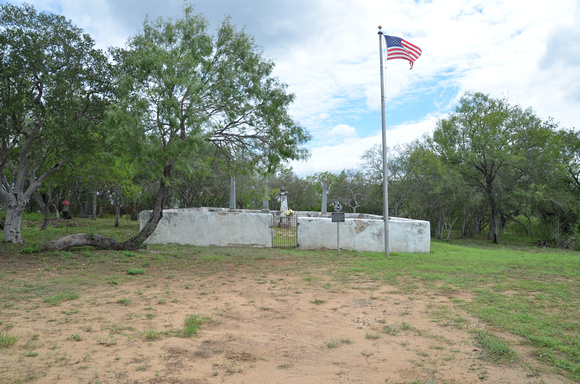 Historical Marker: Rector Chapel Cemetery William Robert Wiseman (1816-1888) was a successful farmer and owned the first cotton gin in La Vernia. William Claiborne Rector (1805-1873), a hero of San Jacinto, farmed, served as postmaster and provided horses for the local stage line. The two men were close friends and together organized the Cibolo Presbyterian Church in 1852. Following Rector's death in 1873, a new chapel was built on Wiseman's farm; he named it after his good friend and, in 1877, set aside four acres "for church and burying purposes." The chapel was moved to La Vernia in 1891, but these gravestones remain, a record of La Vernia's rich heritage.
Andrew Butler Photos
Powered by ZENFOLIO User Agreement
Cancel
Continue