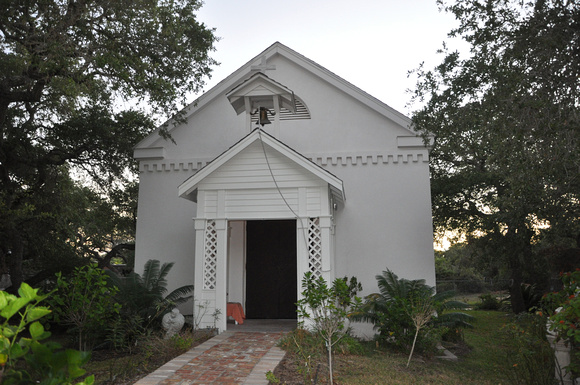 Text: Irish immigrant James W. Byrne (1787-1865), a veteran of the Texas Revolution, was an early settler of this area. He established the town of Lamar and, with his wife Harriet, sold land on Aransas Bay to the Catholic church for a chapel site. Byrne engaged a French architect to design the structure, which was completed in 1858. Called Stella Maris (Star of the Sea) Chapel, it was built of shellcrete, a shell-aggregate masonry. An important link with the area's early Roman Catholic heritage, the chapel was moved to this site in 1986.
Andrew Butler Photos
Powered by ZENFOLIO User Agreement
Cancel
Continue