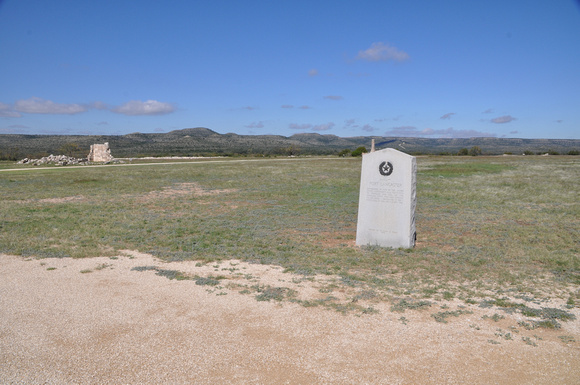 Text: Established in 1855 by the United States Government as a protection to travelers and mail on the overland route from San Antonio to San Diego. Abandoned in 1861. Reoccupied in 1868 for a short time. 1966 Established August 20, 1855. By United States Government. One half-mile above the junction of Live Oak Creek with the Pecos River in present Crockett County. Garrisoned by U.S. Second Cavalry who protected travelers and mail on the San Antonio - El Paso Military Road. Fort was abandoned March 18, 1861, after Texas seceded from the Union. Reoccupied by Federal troops, 1868, for a short time. At Pecos River, just south of Hwy. 290 river bridge, is one of the most used Texas pioneer fords. Ruts made by wagon wheels sliding downhill are plainly visible.
Andrew Butler Photos
Powered by ZENFOLIO User Agreement
Cancel
Continue