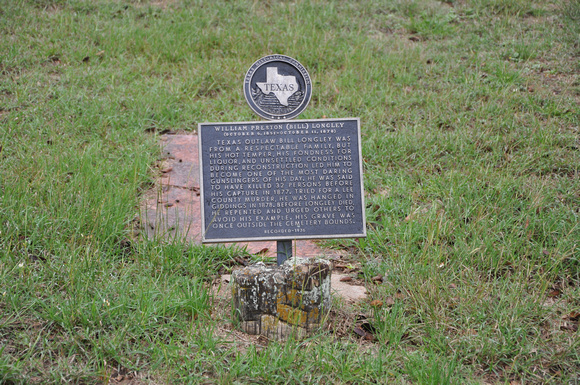 Historical Marker: (October 6, 1851 - October 11, 1878) Texas outlaw Bill Longley was from a respectable family, but his hot temper, his fondness for liquor, and unsettled conditions during Reconstruction led him to become one of the most daring gunslingers of his day. He was said to have killed 32 persons before his capture in 1877. Tried for a Lee County murder, he was hanged in Giddings in 1878. Before Longley died, he repented and urged others to avoid his example. His grave was once outside the cemetery bounds.
Andrew Butler Photos
Powered by ZENFOLIO User Agreement
Cancel
Continue